The Relationship Between Domestic Violence and Addiction

What Is Domestic Violence?

Domestic violence, also known as intimate partner violence and domestic abuse, is a tragic occurrence in unhealthy relationships that involves one or both parties physically and/or emotionally abusing the other. Domestic violence can take many forms, including (but not limited to) economic or financial violence, physical violence, threats of violence, humiliation, controlling what the other can or cannot do, or isolating the victim from friends or family. Mayo Clinic defines domestic abuse as, “a pattern of coercive tactics used to gain and maintain power and control in an ongoing, familiar relationship.” A manifestation of dysfunctional relationships involving skewed balances of power, respect, control and (wellbeing), domestic violence creates toxic relational ties.

Despite decades of legal and social efforts to reduce domestic violence, it is still a major problem. Despite the fact that a woman is assaulted/beaten in the US every 9 seconds, most instances of domestic assault go unreported. 1 in 4 women and 1 in 7 men are victims of domestic abuse in their lifetime. Domestic abuse is the single leading cause of injury to women. 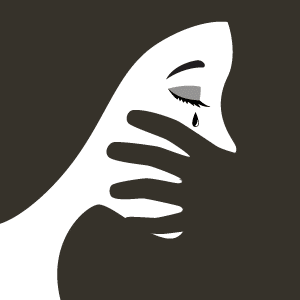 Abusers can originate from various sources. A person is more likely to become abusive if they grow up in an abusive household. If an insecure, controlling, and violent person sees another person as a possession, they can become increasingly abusive to their partner. Low self-esteem, uncontrolled jealousy, and feelings of false superiority can fuel abusive behavior. Despite the abuser’s toxic abusive behaviors, they are choosing to misuse their opportunity to connect and revere their partner in unhealthy ways.

Abusers are often manipulative and controlling in overt or covert ways. Their abusive ways leave their victim in a state of second guessing themselves and their abuser. The victim may be on edge by intimidating and unpredictable behavior the abuser imposes to keep the victim “under their thumb and in their place.” These acts send signals to the victim that they are inferior or unworthy of respect and love from the abusive partner.  Eventually, the victim is made dependent on the partner as they lose trust in themselves. This brainwashing makes them feel extremely fearful, helpless, and insecure as they are controlled by their partner.

Domestic violence is marked by abusive behavior in many forms, including:

Abusers often combine different types of domestic violence to have full control over their victims’ mental and emotional wellbeing.

Physical violence is marked by hitting, pushing, slapping, biting, and et cetera, and is the most immediately visible sign of abuse.

Emotional abuse encompasses belittling comments, put downs, suspicion, manipulation, and ignoring a partners’ needs, among others. The abuser may make the partner feel undesirable, shameful, worthless, or guilty to disempower them.

Mental abuse aims to damage one’s perception of themself by projecting an abuser’s flaws onto the partner, altering how the victim sees themself. The abuser may blame the victim for the abuse, minimize their pained emotions, or play “hot and cold” mind games to maintain power over the victim.

“Gaslighting” is a term used to describe harmful effects of mental abuse by the abuser implying the victim is “crazy” or imagining their reality by invalidation. The result is the victim second-guessing his or her perceptions and experiencing an erosion of their confidence.

Verbal abuse includes abusers insulting, demeaning, or shaming their victim, or harshly putting down their partner with name calling.

Sexual abuse aims to force the victim into submission or invalidate their spirit by breaking them down and overstepping their boundaries by coercion. A victim may experience rape, unwanted touching, sexual harassment, being pressured into uncomfortable sexual acts, or more. A partner may also withhold sex as a tool to maintain control for punishment.

Spiritual abuse can include invalidating the person’s enthusiasm and hope for a healthy relationship.

Other Forms of Domestic Abuse

Stalking is another form of domestic abuse. If a victim of abuse is financially dependent on the abuser, the abuser can withhold finances from the abused victim.

Victims of abusive behavior can develop disorders such as :

Victims of domestic violence and substance abuse can develop emotional and mental disorders at any time in response to the emotional damage caused by abuse. If the victim has a previous history of a disorder it will likely be worsened by the abuse. The victim can then turn to negative coping strategies like substance abuse to “self-medicate.” These co-occurring disorders can further fuel underlying disorders and create toxic relationship dynamics.

The American Society of Addiction Medicine states, “victims and abusers are 11 times more likely to be involved in domestic violence incidents on days of heavy substance abuse.” Domestic abuse against women is 2 to 4 times more likely when they are with men who drink alcohol.

Alternatively, abusers may battle drugs and alcohol use to fuel their toxic behavior. Individuals suffering from substance abuse are not particularly more likely to abuse partners; however, abusive partners commonly use illicit substances.

Get Help Stopping the Cycle of Abuse

Consider rehab if you as a victim struggle with substance abuse disorders and emotional trauma. Facilities provide safe housing, medication, and connection with therapists to discover healing for your trauma. Contact a treatment expert today to discover what therapies await you, and life a life of freedom from abuse.

Betterhelp.com. (2017). Would you Recognize Verbal Abuse? Here’s What You Need to Know. Retrieved on July 27,2018 at  https://www.betterhelp.com/advice/abuse/would-you-recognize-verbal-abuse-heres-what-you-need-to-know/

The National Domestic Violence Hotline. (2017). Get The Facts and Figures. Retrieved on July 27, 2018 at http://www.thehotline.org/is-this-abuse/

FitLife.Tv. How To Spot Verbal Abuse in Relationships. (2017). Retrieved on July 27, 2018 at https://fitlife.tv/how-to-spot-verbal-abuse-in-relationships-from-subtle-to-explicit_original/mindset/