The relationship between alcohol and crime is well known. The depressant plays a significant role in criminal activities and violence. Nearly 40% of all violent acts are directly correlated to alcohol. In the United States, over 25% of adults binge drink, and more than 6% use alcohol heavily. In recent years more people are drinking 2 or more times the gender-specific binge drinking thresholds. The emerging trend is causing a spike in alcohol-related emergency department visits, violence, and crime rates.

Alcohol has the capability of impacting an individual’s judgment, inhibitions, response time, and actions. The drug’s impairing nature increases a user’s probability of being involved in a crime involving physical, psychological, and emotional trauma. There are a variety of offenses linked to alcohol abuse. Below are a few examples.

Driving Under The Influence (DUI) Or Driving While Intoxicated (DWI)

Driving Under The Influence (DUI), also known as driving while intoxicated (DWI) in some states, is one of the most common alcohol-related crimes. In 2016, the crime accounted for 28% of all traffic-related deaths in the United States. It is a criminal offense that involves driving, operating, or being in control of a vehicle while drunk. People committing a DUI are legally incapable of driving a motor vehicle safely. DUIs are typically associated with alcohol use but can result from the use of any other drug. It is extremely dangerous and even fatal. The penalties associated with DUIs can lead to financial, professional, and personal problems. In some cases, offenders can face jail time.

Another common criminal offense is underage drinking. In 2019 nearly 40% of 12 to 20-year-olds admitted to drinking. Studies show that underage drinking decreases proper brain development and increases teenager’s risk of developing an alcohol use disorder. The public health crisis also increases the risk of injuries, sexual assaults, and deaths.

In 2019, there were 265,275 robberies in the U.S. For every 100,000 residents, there were about 82 robberies. Nearly 15% of those robberies were linked to alcohol use. Despite what Hollywood wants us to think about burglars and their impressive bank heists, most thefts occur in the street or on a highway. Alcohol use and robbery, when mixed, almost always leads to consequences like fines, injury, and jail time.

Sexual assault is unwanted sexual contact or behavior. It occurs when the victim does not give explicit consent. It includes acts like:

Intoxicated people commit nearly 37% of sexual assaults. According to the National Library of Medicine, on average about 97,000 students ages 18 to 24 report alcohol-related sexual assault or date rape annually.

Domestic violence is a pattern of behaviors used to contain power and control in an intimate relationship. It is also known as intimate partner violence (IPV), dating abuse, or relationship abuse.

The frequency and severity of the phenomenon vary dramatically, but common themes include:

Unfortunately, alcohol consumption plays a dangerous role in this public health crisis. Over 60% of domestic violence accounts report that the perpetrator had been drinking. There is also evidence suggesting that heavy alcohol use also increases the risk of violence of users.

Child abuse is intentional harm or mistreatment of someone underage. More than 1 million children are annually abused or neglected. Unfortunately, alcohol use is strongly linked to child maltreatment. Nearly 40% of child abusers have admitted to being under the influence during the abuse.

Homicide is the deliberate and unlawful killing of a person. The act is also known as murder. Compared to other substances, alcohol is involved in more homicides than any other substance. In the U.S., nearly 40% of convicted murderers were drinking before the crime.

Alcohol-related criminal activities are a massive problem in the United States. The best way to prevent the phenomenon is by drinking responsibly or not at all. If you or a loved one are battling an alcohol use disorder, there are options. Contact a treatment provider to find an addiction treatment center. There are many alcohol rehab facilities nationwide ready to support anyone prepared to commit to sobriety. Reach out today. 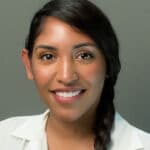 Suzette Gomez earned her Bachelor of Science from the University of Central Florida. Her desire to help others led her to a Pre-medical track with a focus on psychological and social development. After graduation, she pursued her passion for writing and began working as a Digital Content Writer at Recovery Worldwide LLC. With her background in medicine, Suzette uses both science and the arts to serve the public through her writing.