Alcoholism, or an Alcohol Use Disorder (AUD), occurs when an individual is unable to control their consumption of alcohol. This lack of agency over one’s drinking habits is caused by long-term excessive alcohol use that changes the chemistry of the brain and its functions. A dependency on alcohol becomes an addiction when it takes over a person’s life and they continue to drink despite negative consequences.

Because drinking alcohol is a component of many social activities, alcoholism is common, affecting nearly 16 million people in the US. For those struggling with alcohol addiction, treatment can help to regain control and correct unhealthy drinking habits. Alcohol use can greatly affect the user, impairing one’s ability to function on a daily basis. Eventually, alcoholism renders the user unable to function without alcohol. Many treatment providers divide alcoholism into 5 stages.

Drinking alcohol affects the reward-system in the brain by triggering the release of dopamine. This chemical is associated with positive feelings which can motivate a person to drink again. As drinking continues, a tolerance develops as brain functions adapt to the substance. This causes the feelings of pleasure from dopamine to lessen and more alcohol is needed to achieve the same effects. When a person continues to drink despite the negative outcomes of their habits, an alcohol addiction is likely present.

Global And National Statistics For Alcoholism

Alcoholism is becoming more widespread both globally and nationally. In 2019, nearly 15 million people in the US had an AUD. An estimated 95,000 people die from alcohol-related causes annually. In 2019, 7% of men had an AUD compared to 4% of women. Non-Hispanic White adults in the US were more likely to drink heavily at 6.4% compared to non-hispanic Black adults at 2.9%, Hispanic at 2.6%, and Asian at 2.0%, data from 2018 shows. Globally, 3 million deaths were attributed to alcohol consumption in 2016 making it the 7th leading risk for premature death. In the 20-39 age range, 13.5% of total deaths involve alcohol.

Symptoms Of An Alcohol Use Disorder

The social acceptability of drinking alcohol makes it hard for some to determine if their regular drinking is an AUD. Criteria from the Diagnostic and Statistical Manual of Mental Disorders, Fifth Edition (DSM-5) can help to assess if an AUD is present and its severity. If any of the following have occurred in the past year, an individual may be struggling with alcohol abuse.

Symptoms of an AUD include:

The severity of a person’s alcohol addiction depends on how many of the criteria are met, although even just one can be a cause for concern.

Many who abuse alcohol experience short-term side effects such as:

Long-term impacts of alcoholism include:

Are You At Risk For Alcoholism?

Drinking alcohol at a young age also increases the risk of an alcohol addiction. Those who start drinking before the age of 15 are 5 times more likely to have an AUD in adulthood. This is specifically true for females. Genetics and how a person’s genetics interact with their environment can also be an influence. This includes a family history of alcoholism. The presence of mental health conditions, like depression, post-traumatic stress disorder (PTSD), ADHD, schizophrenia, and bipolar disorder can be a predictor for an alcohol addiction.

An AUD is a progressive medical condition. This means that effects and outcomes of an addiction to alcohol will get worse with time and continued use. For this reason, treating alcohol addiction and abuse is easier in its early stages. Despite this, many do not seek treatment for alcoholism because they are in denial about their drinking habits or feel shame due to the stigma surrounding alcohol abuse. Acknowledging, accepting, and admitting a struggle with alcohol use can be the hardest but also the first step towards recovery.

Once a person seeks help for their alcoholism, detox is the first stage. During detox, the body is cleared of alcohol which can cause some very uncomfortable withdrawal symptoms. Successful detox should be followed by inpatient or outpatient rehabilitation to treat the root causes of alcoholism. Therapy and support groups can provide support and provide healthier coping mechanisms. After rehabilitation, continuing care is important to maintaining long-term recovery. Treating an AUD can help those struggling to correct their unhealthy drinking patterns and regain control over one’s life.

The first step in the alcoholism treatment process is detox, or detoxification. Detox is the process by which your body rids itself of toxic chemicals, a process which can be artificially aided. This process is greatly complicated among alcoholics, whose bodies have become used to functioning with alcohol in their systems. When alcohol is no longer being consumed, the body has difficulty functioning properly. This leads to a series of medical side effects, known as withdrawal.

Withdrawal from alcohol can be a very difficult process, especially for long-term and severe alcoholics. Symptoms may include a headache, fatigue, nausea, vomiting, fever, nightmares, shakiness, and mood changes. Extreme alcohol withdrawal may lead to delirium tremens, a very dangerous condition which causes seizures, confusion, tremors, and hallucinations. In some cases, delirium tremens can be fatal. Delirium tremens typically occurs from 12-48 hours after the alcoholic has stopped drinking.

The potential danger of withdrawal combined with the difficulty of going through the process without succumbing to the temptation to drink means that it is very important for alcoholics to undergo supervised detox. Detox can be done on an outpatient or an inpatient basis, though in many cases inpatient detox is highly recommended.

Once detox has been completed and the symptoms of withdrawal have subsided, rehab can begin. Alcohol rehab, or rehabilitation, is a process where patients learn how to cope with their condition, develop new habits and methods of going through life sober, deal with any issues underlying their addiction, and begin their sobriety under careful supervision from providers. There are thousands of rehab programs, and each one is unique. However, most will fall under one of two major categories: inpatient and outpatient rehab.

Inpatient rehab requires patients to stay in the facility in a residential setting while they are undergoing treatment. Inpatient rehab facilities generally put a heavy focus on therapy and development of lifestyle strategies. Some of the major advantages of inpatient rehab are that it totally forces an individual to stay away from the temptations and stresses of their old lives and that it provides a much greater level of supervision than outpatient rehab. Inpatient rehab also gives patients the option of traveling farther from their homes, which is advantageous for many individuals because it takes them away from triggers, stressors, and enablers. Although there are numerous options, most inpatient facilities have 30, 60, or 90-day programs.

Outpatient rehab allows patients to stay at their homes and then come to a facility or multiple facilities for treatment during the day. Each program varies tremendously in terms of time commitment, from a few minutes to all day. However, outpatient rehab enables patients to maintain more of their usual lives, which is highly beneficial for many with career and family demands. However, outpatient treatment also exposes participants to greater temptation and provides less supervision and time.

The vast majority of rehab attendees will still need help with their alcohol addiction once they leave rehab. Alcoholism is a lifelong disease, and it requires lifelong attention and management. Continuing treatment and support are necessary for many patients to keep them on the road to recovery.

Alcohol treatment medications are used by millions in treatment to help them maintain sobriety. Some, such as Disulfiram (Antabuse), induce painful side effects such as vomiting when alcohol is consumed, therefore discouraging drinking. Others, such as Naltrexone (Narcan), eliminate the pleasurable feelings associated with drinking, eliminating the motivation to drink. Still others, like Acamprosate (Campral), actually reduce the brain’s dependence on alcohol.

Therapy is critical to many recovering alcoholics. It helps them understand what they’re going through and why they are in the situation that they are in. It also helps give them tools and strategies to use in their daily lives. Therapy is especially important for those alcoholics who are also suffering from a comorbid disorder (also known as a co-occurring disorder), a mental illness that is present separate from substance abuse issues. There are dozens of different types of therapy, including biofeedback, cognitive behavioral, dialectical behavioral, experiential, faith-based, holistic, and motivational enhancement.

Recovery can be a very challenging and lonely process that can be hard to share and discuss with those who haven’t been through it. There are constant temptations and stresses that may influence a recovering alcoholic to drink. To make sure that they stay sober, millions of alcoholics have joined support groups with people in similar situations. These groups provide advice, coping skills, accountability, and understanding, among other benefits. 12-Step groups, based on Alcoholics Anonymous, the world’s largest alcoholism support group, are by far the most common and widely attended, but there are dozens of alternatives out there.

Getting Help For Alcoholism

A person struggling with alcohol addiction and abuse does not need to wait to hit rock bottom to seek treatment. Getting help for unhealthy drinking habits is an option at all stages of an AUD. In treating an alcohol addiction, individuals can prevent future adverse outcomes and become functional in all aspects of their life by gaining control of their addiction. Contact a treatment provider today to discuss options for recovery. 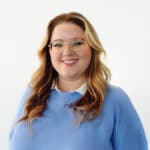 National Institute on Alcohol Abuse and Alcoholism (2021). Alcohol Facts and Statistics. Retrieved on September 1, 2021 at https://www.niaaa.nih.gov/publications/brochures-and-fact-sheets/alcohol-facts-and-statistics

Center For Disease Control And Prevention (2020). Heavy Drinking Among US Adults, 2018. Retrieved on September 1, 2021 at https://www.cdc.gov/nchs/products/databriefs/db374.htm

WebMD (2021). What Causes Alcohol Addiction? Retrieved on September 1, 2021 at https://www.webmd.com/connect-to-care/addiction-treatment-recovery/alcohol/what-causes-alcohol-addiction

WebMD (2019). What is Alcohol Withdrawal? Retrieved on September 1, 2021 at https://www.webmd.com/mental-health/addiction/alcohol-withdrawal-symptoms-treatments#1

Medical News Today (2021). What To Know About Alcohol Abuse. Retrieved on September 1, 2021 at https://www.medicalnewstoday.com/articles/alcohol-abuse#who-is-at-risk

National Institute on Alcohol Abuse and Alcoholism (2021). Understanding Alcohol Use Disorder. Retrieved on September 1, 2021 at https://www.niaaa.nih.gov/publications/brochures-and-fact-sheets/understanding-alcohol-use-disorder

Cherney, Kristeen. (2016). Alcohol Abuse and Alcoholism. What Are the Differences? November 8, 2016) Stages of Alcoholism. Retrieved on January 22, 2018. https://www.healthline.com/health/stages-alcoholism#addiction

WebMD. Substance Abuse and Addiction. (2017). What Increases Your Risk. Retrieved on January 22, 2018. https://www.webmd.com/mental-health/addiction/alcohol-abuse-and-dependence-what-increases-your-risk