What Is Propoxyphene Detox?

Propoxyphene detox is a medically-supervised process that helps those who are suffering from Propoxyphene (Darvon and Darvocet) addiction get through withdrawal safely and comfortably. Propoxyphene withdrawal is a set of uncomfortable, and potentially dangerous, symptoms that occur when someone who is dependent on or addicted to Propoxyphene suddenly reduces or stops their dosage.

Patients took the drug orally, typically at a dose of between 50mg and 100mg every 4 hours. Although the drug is no longer on the market, there may still be stockpiles from before it was banned, and the drug is still manufactured and distributed illegally. Because of the pill’s ability to be habit-forming, patients should not exceed the recommended dosages, as side effects can be lethal. The pills are typically pink in color with Darvon or Darvocet inscribed on the face. Previously available in bottles containing up to100 pills, more than 10 million Americans had taken Darvon  by 2010.

Darvon and Darvocet were recalled and removed from American markets because of the harmful side effects on the heart caused by Propoxyphene. Patients using Propoxyphene began to have extreme heart complications. In addition to abnormal heart rhythms, Darvocet and Darvon users experienced:

In addition to heart problems, Propoxyphene caused a number of other serious problems. Thus, the FDA banned the drug from use for safety precautions. A 2010 recall summary the FDA drafted motioned the 2,100 reports of “serious problems” such as:

Furthermore, Propoxyphene has lethal side effects including increased risk of stroke and fatal overdoses even if taken alone

Like most Opioids, Propoxyphene works by interfering with the body’s natural Opioid receptors. Propoxyphene bonds with these receptors, preventing the body’s natural Opioids from doing so. This blocks the transmission of pain signals, but it also alters the brain chemistry. Eventually, the body becomes so accustomed to the presence of Propoxyphene that it no longer produces its own chemicals. At this point the user will have to take more Propoxyphene to feel the same effects; this is known as tolerance. At some point, the body requires Propoxyphene to the extent that it can no longer function, “normally,” without it; this is known as dependence. If an individual with a Propoxyphene dependency suddenly reduces of stops taking the drug entirely, (going “cold turkey”), they will experience a number of symptoms collectively known as withdrawal.

Withdrawal symptoms can be extremely uncomfortable, and many who are trying to recover from Propoxyphene use or addiction relapse because they find them unbearable. In some cases, especially when the addiction to Propoxyphene was severe and long-term, withdrawal symptoms can actually be dangerous, even deadly. For these reasons, medically-supervised detox is highly recommended in most cases. 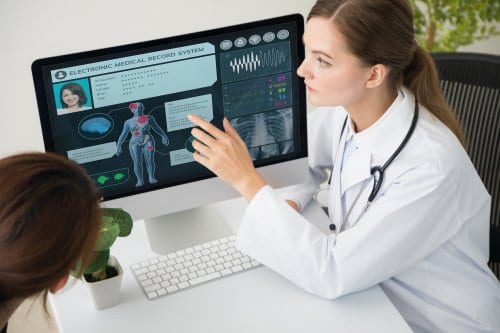 Because of the various symptoms of propoxyphene withdrawal can be uncomfortable and even dangerous, the patient should be under the care of medical professional while detoxing. There are many advantages to Propoxyphene detox. For one thing, doctors can prescribe a variety of medications that help ease symptoms and keep the patient safe. In many detox facilities, especially those associated with inpatient rehab centers, patients even begin therapy while in detox, or at least work with future therapists to develop a customized treatment plan. There is also 24-hour medical supervision.

Not only does detox keep patients comfortable and safe during detox, it also improves the likelihood of a patient’s success in recovery. Detox makes it much more likely that patients will get through withdrawal without relapsing. Patients coming out of medically-supervised detox are also generally in a better state of mind than those who have gone through withdrawal on their own and therefore more likely to fully benefit from either an inpatient or outpatient rehab program.

During treatment, individuals in rehab may receive medication to help counter the effects of depression and anxiety Darvocet and Darvon cause. Examples of therapies used in treatment include biofeedback, which further balances out compulsive and impulsive behavior to a more stable space.

Finding help is just a call away. Dedicated treatment providers will suggest the best treatment options available to restore the mind, body, and soul to sobriety. Get the help you deserve by contacting a treatment provider today.