Located in the Great Lakes and Midwest regions of the United States is Wisconsin. The state is recognized nationwide as the U.S.'s dairy capital. With the help of over 1,500,000 cows, Wisconsin produces over 30.6 billion pounds of milk and over 2 billion pounds of cheese. "America's Dairyland" is the biggest distributor of both milk and cheese in the nation. Wisconsin's reputation as the land of dairy is well earned. However, what many do not know is that it is also gaining a not so sterling reputation. The residents of Wisconsin face an uphill battle against drug addiction, especially Opioids. For every 100,000 people, about 19 die due to drug overdoses. In 2014 about 47% of the fatal overdoses were due to Opioids. Unfortunately, the number of Opioid-related deaths is rising. With the current state of our union, the rate of deadly overdoses is expected to continue growing. There is, however, hope. Wisconsin has several state-of-the-art facilities available to support the state's citizens. Check out some local options.

Start the Road to Recovery 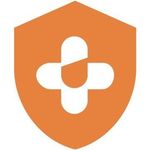 We conceive, develop, and promote industry-leading digital properties and enduring brands. At the core of every product we create are great ideas that can rise to the top of their industries.