What Is Heroin Detox?

Heroin detox is the first step in recovering from a heroin addiction, also known as an Opioid Use Disorder (OUD). Heroin addiction starts with repeated substance abuse that leads to a dependency on the drug despite legal, financial, and personal consequences. With the help of a detox or rehab center, an individual can safely detoxify their body of heroin in a less than a week. However, due to Post-Acute Withdrawal Symptoms (PAWS), they may continue to experience cravings and other symptoms for 6 months or longer.

Following the sharp rise in prescription Opioid abuse in the US, many individuals suffering from Opioid addiction moved on to cheaper, more available alternatives like Heroin. During the first year of the Second Wave of the Opioid Epidemic in 2010 – when Opioid overdose deaths overtook deaths from motor vehicle crashes – Heroin abuse killed 3,036 people.

Consistent Heroin use changes pathways in the brain that are not easily reversed. Naturally, the body produces its own Opioids in response to external stimuli (such as burning your hand). These Opioids, also known as endorphins and enkephalins, are much weaker than poppy-derived Opioids and cannot mask the pain of most injuries. Additionally, the body never releases enough to overdose itself.

No matter the means of ingestion, Heroin reaches the brain quickly (an addiction may develop faster if injected, smoked, or snorted). Opioids, like Heroin, trigger a dopamine reward response in certain receptors in the brain. This early release of dopamine is the source of the euphoric high and pain suppression linked to Heroin use. It is also the mechanism that makes Heroin so addictive.

Additionally, Opioids inhibit the release of sympathetic nervous system neurotransmitters (like norepinephrine). When an individual begins detox, these neurotransmitters begin to flow through the brain once more. These chemicals are responsible for many of the uncomfortable symptoms associated with Heroin withdrawal (such as sweating, rapid heartrate, and nausea).

As a short- and fast-acting, powerful Opioid, Heroin, in particular, is more habit-forming than most Opioids (such as Oxycodone or Hydrocodone). Over a relatively short period of time, an individual can develop a tolerance to Heroin – meaning they’ll need to use more of it to get the same high, or even feel normal. Moreover, when a person builds up a tolerance, quitting use or reducing dosage will result in symptoms of withdrawal.

Common symptoms of Heroin withdrawal include:

Because Heroin is a potent pain-reliever, most who use it go long periods of time without feeling everyday pains (like headaches). Subsequently, undergoing Heroin detox cleans the body and allows it to experience various sensations again (an oftentimes painful experience). For many Heroin users, symptoms of withdrawal can be severe enough to prevent them from seeking recovery.

For most, Heroin withdrawal kicks in within 6 to 12 hours of last use. Heroin is faster-acting and produces shorter highs than other Opioids. Accordingly, withdrawal starts and ends sooner, compared to Opioids like OxyContin® and Percocet®.

For sufferers of more severe OUDs, symptoms may persist past the first week of detox, known as post-acute withdrawal syndrome. These symptoms can last for 6 or more months, including: 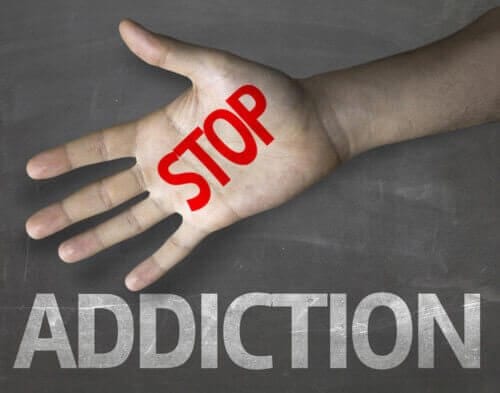 The Food and Drug Administration (FDA) has approved certain medications to aid individuals as they progress through detox and addiction treatment. Heroin detox medications can reduce the severity of withdrawal symptoms, curb drug cravings, and block the effects of Opioids. For someone recovering from a Heroin addiction, a combination of Opioid- and non-Opioid-based treatment medications may be used in conjunction with therapy and support groups. Because Opioids are all structurally similar, Heroin detox medications are the same as ones used for Oxycodone detox, Hydrocodone detox, and so on.

Detox medications that are Opioid-based (including Methadone and Buprenorphine) activate Opioid receptors in the brain, producing a much weaker and limited version of a typical Opioid response. For this reason, government authorities have been hesitant to approve these treatment medications in normal treatment settings. Accordingly, an individual must visit an FDA- or Drug Enforcement Agency-registered clinic to obtain a Methadone prescription.

Non-opioid-based detox medications, like Clonidine and Lofexidine, block the effects of Opioids and reduce symptoms of withdrawal associated with the sympathetic nervous system. However, these medications are less effective than Opioid-based medications in reducing psychological cravings.

Therapy is an integral part of any Heroin detox and treatment program. While detox medications can ease withdrawal, therapy teaches individuals how to properly deal with their addiction. Many inpatient and outpatient rehab programs employ cognitive behavioral therapy, contingency management, and support groups.

Cognitive behavioral therapy allows the individual to realize and change behaviors related to abuse. It is also essential in providing coping mechanisms for triggers they will experience in the outside world.

Contingency management is akin to a voucher-based system that rewards individuals following negative drug tests. Reward vouchers can be exchanged for items that promote a healthier, substance-free lifestyle.

Support groups like Narcotics Anonymous are fundamental to maintaining sobriety long after detox and rehab end. Support groups give individuals a place to talk about their addictions, get help from people who understand the difficulties of addiction, and also act as a mentor to others.

If you’re ready to detox from Heroin but don’t know where to turn, reach out to a dedicated treatment professional now to talk about your options.

Case-Lo, Christine. (2017). Withdrawing from Opiates and Opioids. Retrieved on October 16, 2018 at https://www.healthline.com/health/opiate-withdrawal

National Institute on Drug Abuse. (2018). What are the long-term effects of heroin use? Retrieved on October 16, 2018 at https://www.drugabuse.gov/publications/research-reports/heroin/what-are-long-term-effects-heroin-use

National Institute on Drug Abuse. (2018). What are the treatments for heroin use disorder? Retrieved on October 16, 2018 at https://www.drugabuse.gov/publications/research-reports/heroin/what-are-treatments-heroin-use-disorder