What Is Codeine Detox?

Codeine detox (the process of cleansing the body of substances) follows either a period of regular Codeine misuse or abuse. Due to its relatively low strength in comparison to other prescription Opioids, Codeine is often used to treat mild to moderate pain in children (and adults), as a cough suppressant, and as an antidiarrheal. However, as a pain-relieving narcotic, Codeine still has a high potential for misuse, abuse, and addiction. Prescription Codeine cough syrup has been diverted repeatedly for illicit use as lean or purple drank. Yet even when used as prescribed, individuals may develop a dependence on Codeine and subsequently experience withdrawal symptoms upon quitting use. This is especially true of long-term use.

Codeine detox may be required for individuals with a Codeine addiction or dependency.

Codeine is a naturally-derived Opioid from the Opium poppy plant and is typically less potent than Morphine (another natural Opioid). Doctors can prescribe it in pill form (sometimes in combination with Tylenol) or as an active ingredient in cough syrup. Following repeated use of Codeine, the body may require higher and higher doses to get the same pain-relieving effects. This is known as a tolerance. Someone with a Codeine tolerance may experience symptoms of withdrawal when they reduce usage or quit taking the drug.

Like all Opioids, Codeine changes the way certain nerve receptors in the brain react to pain signals. Prolonged use of Codeine makes the brain reliant on the drug to function normally. This is known as a Codeine dependency. Not everyone with a Codeine dependency has an addiction (also known as an Opioid Use Disorder or OUD). Someone with a dependency may not even know their body is dependent. Often, when people become dependent on Codeine, it is to avoid pain (for which a prescription might have been written) or to avoid feeling the painful symptoms of withdrawal.

An addiction, on the other hand, is characterized by drug-seeking behavior associated with cravings, a loss of control, and an inability to stop using.

Symptoms of a Codeine addiction include:

An individual may experience Codeine withdrawal after having developed a tolerance to its pain-reliving effects. The severity of Codeine withdrawal depends on a variety of factors, including the individual’s genetics, the quantity used, the frequency and duration it was used, and routes of administration (whether taken orally, smoked, snorted, or injected).

Symptoms of withdrawal are often the opposite of the side effects of Codeine use. For instance, regular Codeine use can cause constipation; Codeine withdrawal may include diarrhea. As a short-acting Opioid, symptoms of withdrawal start and end earlier than those of long-acting Opioids (such as Methadone). Often, those who don’t know they’ve developed a tolerance mistake Codeine withdrawal symptoms for similar symptoms of the flu. However, experiencing withdrawal is a clear sign of dependence and should be managed with the help of a primary care provider or rehab center.

Codeine’s withdrawal timeline typically begins within 24 hours of the last dose but can start as soon as 8 hours. However, a majority of symptoms will subside after 5 days of detox.

Most physical symptoms taper off within this time. Drug cravings, however, can last for years if left untreated. Other co-occurring health or mental disorders may also require further medically-supervised treatment. For example, individuals disposed to seizures may experience them during withdrawal. Additionally, some may require treatment of transmitted diseases like Hepatitis or HIV that can worse symptoms of withdrawal.

Codeine withdrawal affects each person differently. Because of this, entering supervised detox is highly recommended. 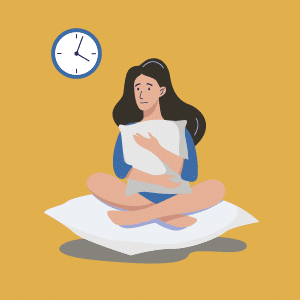 For Mild Symptoms of Codeine Withdrawal

To ease pain, healthcare providers may suggest non-narcotic pain relievers like Acetaminophen (Tylenol®) or Ibuprofen (Motrin®, Advil®). For symptoms of diarrhea, Loperamide (Imodium®) or Bismuth subsalicylate (Kaopectate®, Pepto-Bismol®) may be recommended. Also, a doctor may prescribe Hydroxyzine (Vistaril®, Atarax®) to minimize mild symptoms of nausea and anxiety. These medications are also often used to treat moderate or severe symptoms of Codeine withdrawal.

For Moderate Symptoms of Codeine Withdrawal

Clonidine (Kapvay®, Catapres®) and Lofexidine (Lucemyra®) may be prescribed to reduce withdrawal symptoms like muscles aches, sweating, runny nose, stomach cramps, and agitation. Neither are Opioids (as opposed to addiction medications like Buprenorphine and Methadone) and have low potentials for abuse. However, Lofexidine may not reduce psychological drug cravings.

Benzodiazepines, like Valium®, are sometimes prescribed to ease muscle pain and insomnia. However, Benzodiazepines carry their own risk of abuse and use should be closely monitored.

For Severe Symptoms of Codeine Withdrawal

Methadone helps to reduce cravings and painful symptoms by attaching to the same receptors as other Opioids, without the concurrent high. It is a long-acting Opioid, meaning its effects stay in the body for longer periods of time (typically a day), and is highly regulated. Only certain approved clinics are able to administer Methadone to patients.

Buprenorphine, another type of Opioid, also reduces pain and cravings. Its euphoric effects are weak and are restricted by a “ceiling effect.” Suboxone® is a version of Buprenorphine that contains Naloxone. When administered by injection, the Naloxone prevents the onset of a high and instead precipitates withdrawal.

Get Help With Codeine Detox

If you or someone you love has a Codeine addiction, detox is the first step to recovery. Unsupervised detox can be uncomfortable and, for some, potentially life-threatening. Medically-monitored detox not only reduces the pain of withdrawal, it increases an individual’s chance of success in rehab. To learn more about your rehab options, talk to a recovery specialist today.

Argoff, Charles E., MD. (2009). A Comparison of Long- and Short-Acting Opioids for the Treatment of Chronic Noncancer Pain: Tailoring Therapy to Meet Patient Needs. Retrieved on November 5, 2018 at https://www.ncbi.nlm.nih.gov/pmc/articles/PMC2704132/

Case-Lo, Crhistine. (2016). Codeine Withdrawal: What It Is and How to Cope. Retrieved on November 5, 2018 at https://www.healthline.com/health/codeine-withdrawal

Case-Lo, Christine. (2017). Withdrawing from Opiates and Opioids. Retrieved on November 5, 2018 at https://www.healthline.com/health/opiate-withdrawal