What Is Ecstasy Detox?

Addiction to Ecstasy or to any substance is harmful and debilitating. By undergoing detox (also called detoxification), a person who is battling Ecstasy addiction can begin to free themselves from the drug. Ecstasy detox is the process whereby someone stops using Ecstasy under medical supervision at a treatment facility. During detox, a person will experience symptoms of withdrawal which will likely be uncomfortable and painful. In some cases, withdrawal may even be dangerous. Nevertheless, detox is important for recovery because the best way to achieve sobriety from Ecstasy is to eliminate it from the body’s systems.

Ecstasy is a synthetic drug which causes powerful hallucinations. It’s also known as “molly” or MDMA after its chemical formula, 3,4-Methylenedioxymethamphetamine. Ecstasy is usually synthesized and ingested as a tablet. In the United States, Ecstasy is a Schedule 1 drug. It is illegal to possess or use Ecstasy for any reason, yet the drug has been popular at night clubs and “raves” for many years. In addition to its hallucinogenic effects, Ecstasy users report feeling happier and more energetic after using the drug. Ecstasy also causes people to experience a euphoric detachment from reality.

Although many people believe that Ecstasy is safe, Ecstasy is actually quite dangerous. Ecstasy works by overcharging the brain’s levels of serotonin, a neurotransmitter which affects emotions and sensations. After the effects of Ecstasy subside, users often feel depressed and exhausted for hours and even days. A regular Ecstasy user risks developing long-term psychological problems, such as anxiety, insomnia, and memory loss. When the brain becomes accustomed to the levels of serotonin which accompany Ecstasy abuse, the nervous system will build tolerance to certain doses of the drug, which compels people to use Ecstasy more frequently and in higher doses. Eventually, users may become dependent on Ecstasy to feel normal. Ecstasy dependence may become Ecstasy addiction, a serious disease which requires treatment.

Ecstasy Withdrawal and the Detox Timeline 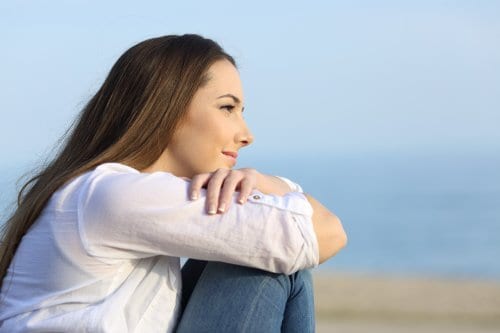 Ecstasy is not always “pure.” Since Ecstasy is illegal, no one regulates how it is manufactured. The drug is sometimes laced with other drugs such as methamphetamine, ketamine, and “bath salts.” Each person may experience different withdrawal symptoms during detox if they have inadvertently exposed themselves to other substances while abusing Ecstasy.

During detox, withdrawal symptoms begin within the first one to three days. These symptoms usually include anxiety, insomnia, lack of concentration, depression, loss of appetite, and paranoia. The patient may also experience mental and psychical tiredness. Within the next four to ten days, most symptoms begin to subside, although depression, difficulty with concentration, and insomnia may continue. After ten days of detox, the brain will start to become fully accustomed to operating without Ecstasy. However, this process may cause a person to experience serious depression for several weeks. For this reason, patients should remain under medical care and take advantage of opportunities for therapy and support.

Start the Journey to Recovery Today

Anyone can overcome Ecstasy addiction with perseverance and help, and Ecstasy detox is an important first step to sobriety. There are rehab centers throughout the country which offer detox programs for Ecstasy abuse. If you or someone you know is battling Ecstasy addiction, contact a dedicated treatment professional today for more information on what to do and where to go.

Nathan Yerby is a writer and researcher who has two Bachelor's degrees from the University of Central Florida. Nathan wants to help people who are struggling with substance abuse find the treatment that they need to improve their lives.