What Is Cocaine Detox?

When a person becomes addicted to Cocaine, the first step in recovery is detox, or detoxification. Detox is used to safely rid the body of the illicit drug so that a user may proceed to the next stage of addiction treatment. The goal of Cocaine detox is to minimize the impacts of withdrawal and reduce rates of relapse.

Why Is Cocaine Detox Necessary?

Cocaine is a highly addictive stimulant drug that increases production of dopamine and causes high levels of alertness, attention, and energy. The illicit substance is made from the South American coca plant and comes in both a powder and solid rock form. It is extremely easy to develop a psychological dependence on Cocaine as tolerance to the drug is built quickly, and it takes larger and larger doses to elicit the same effects. Many users also utilize cocaine with other substances such as alcohol and prescription stimulants, increasing the chance of overdose and negative side effects.

Once an individual’s body has become accustomed to the presence of cocaine, it eventually needs the substance to function “normally.” When the body is deprived of cocaine, it can no longer function in its “typical” manner. A series of highly unpleasant symptoms begin to occur as a result. This is what is known as withdrawal, and cocaine detox is designed to help recovering addicts overcome it.

Withdrawal symptoms for Cocaine usually doesn’t include the severe physical discomforts of other drugs, like vomiting or seizures, but can be fairly emotionally and psychologically debilitating. Withdrawal from stimulants like Cocaine is usually not life-threatening; however, symptoms can still be dangerous under certain conditions.

Phase One: The Crash

This phase usually occurs 24-72 hours after quitting use or after a period of high-intensity use. It is characterized by general feelings of dissatisfaction with life and other symptoms, including:

This time period typically lasts between 1-10 weeks and recovering users may experience any of the following:

This last phase can continue up to 6 months after discontinued use. Many former Cocaine users relapse during this time; however, the majority of symptoms have subsided. The lingering symptoms can usually be addressed through exercise and a healthy diet, and may include:

The Process of Cocaine Detox 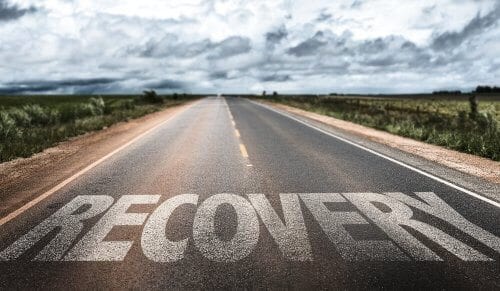 Cocaine detox typically takes about a week. Cocaine is often used in a binge and crash pattern, and breaking that cycle while undergoing withdrawal is the hardest part of detox for recovering users.

Withdrawal symptoms occur because of the chemical imbalance in the former user’s brain; Cocaine stimulates the center in the brain which produces dopamine, a chemical that is released during pleasurable experiences and creates feelings of euphoria. When Cocaine is no longer supplying surges of dopamine, the brain must adapt and begin normal production of the compound on its own. This is why it is very hard to stop once addicted, as the “come down” from Cocaine causes a person to experience major bouts of depression. This depression can be very severe and lead to suicidal thoughts, which is one of the main reasons that Cocaine detox is best suited in a medically-supervised, controlled environment. Doctors can monitor patients’ progress and administer anti-depressant drugs or sleep aids such as Valium or Xanax to help mitigate the negative withdrawal side effects.

Getting Treatment for Cocaine Detox

There are a number of inpatient and outpatient rehabilitation facilities which specialize in treating Cocaine addition. Many of these treatment centers require medical insurance for admittance; however, there are some that are publicly-funded and/or have affordable payment plan options. Most hospitals also have some sort of detox program that is open to people that have a will and desire to stop using drugs and alcohol.

Detoxing from Cocaine is crucial to the recovery from addiction. There are presently no medications approved to treat Cocaine addiction but attending behavioral therapy after detox has proven to be very effective. If you or a loved one are struggling with an addiction to Cocaine, there are multiple treatment plans available. Contact a dedicated treatment specialist to learn about your options and get the help that you need today.

Health Guidance. (2018). How to Detox From Cocaine. Retrieved on 5th November 2018 from https://www.healthguidance.org/entry/14394/1/how-to-detox-from-cocaine.html