What Is Cannabinoid Detox?

Cannabinoids, as an illicit substance category, encompass a class of drugs with similar chemical compounds and psychoactive effects. While the term comes from the Marijuana plant, which contains over 100 distinct chemical compounds collectively called Cannabinoids, today it is broadly used to refer to Cannabis (used interchangeably with Marijuana) and synthetic Cannabis. As more states legalize Cannabinoids for medical and recreational use, attitudes about their addictiveness have changed. Yet, recent studies show up to 30% of people currently using Cannabinoids may have some level of a Marijuana Use Disorder (MUD).

Due to potency of today’s Cannabinoids, people are ingesting higher amounts of THC (the chemical responsible for the drug’s “high”) than ever before. The average THC content of Marijuana in 1990 was under 4% and had risen to 12% by 2014. Today, the average Cannabinoid extract has more than 50% THC; some samples surpass 80%. Synthetic Marijuana, however, generally doesn’t contain THC but chemicals that mimic its effects. Subsequently, researchers have noted that synthetic Marijuana binds more strongly to the same receptors as THC molecules, yielding stronger effects.

Over time, the brain becomes accustomed to higher levels of THC. This is known as a tolerance and an individual will need to take increasing amounts of Cannabinoids to overcome their brain’s adjustment–and more still to get high. Once dependent on Cannabinoids, people may start to exhibit addiction-related behaviors (such as using despite legal consequences and trying to quit unsuccessfully). One in 10 people who abuse Marijuana will develop an addiction. Both Cannabinoid-dependent and addicted individuals can experience symptoms of withdrawal within hours after their last dose. 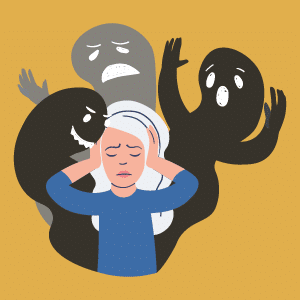 Symptoms of Cannabinoid (natural and synthetic) withdrawal occur in about 42% of people who abuse them. While many believe these symptoms are not serious, between 33% and 78% of those who experienced them resumed use to alleviate symptoms after trying to quit. In one instance, a woman reported waking up every 45 minutes throughout the night to smoke synthetic Marijuana and keep withdrawal symptoms at bay.

Symptoms can range from uncomfortable to potentially life-threatening, particularly with synthetic Marijuana addictions. Accordingly, medically-supervised detox is suggested to avoid health complications and to help ensure a successful recovery.

Common symptoms of Cannabinoid withdrawal listed in the DSM-5 include:

The timeline of Cannabinoid detox varies depending on the length and severity of the addiction. Additionally, synthetic Marijuana (with the assortment of chemicals it may contain) can have a rapid and intense onset of symptoms.

Most detox services last between 3 and 7 days, leaving some wondering how they’ll cope with their addiction afterward. Yet, detox is only the first step of addiction treatment and should be followed up with inpatient or outpatient rehab and therapy. In one New Zealand study, more than half of people with an addiction to synthetic Cannabinoids were referred to inpatient treatment. For many people, inpatient rehab is the best way to alter the motivations behind drug-seeking behavior as well as cravings. Most rehab centers offer detox as part of a more inclusive Substance Use Disorder care program, and some charge separately for detox and rehab.

For “heavy smokers” and those who abuse Cannabinoids daily, medically-supervised detox can provide medications to ease painful withdrawal symptoms. Naltrexone, a common addiction treatment medication, has been used to reduce cravings in some with withdrawal from synthetic Cannabinoids.

Holland, Kimberly. (2017). What to Expect from Marijuana Withdrawal. Retrieved on January 9, 2019 from https://www.healthline.com/health/marijuana-withdrawal

National Institute on Drug Abuse. (2018). Is Marijuana Addictive? Retrieved on January 9, 2019 from https://www.drugabuse.gov/publications/research-reports/marijuana/marijuana-addictive